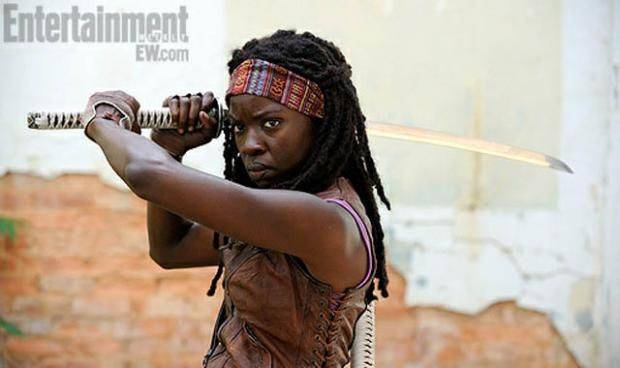 At the end of the second season of The Walking Dead, we got just a short glimpse at one of the upcoming characters of the series: Michonne. Now it has been officially confirmed by the producers of the show that katana-wielding Michonne will be played by Danai Guira. Even better, we have a photo of it and she looks amazing!

Executive producer Robert Kirkman told Entertainment Weekly: “The essence of the character — her personality, her motives, everything that makes Michonne Michonne — remains intact from the comics. But like a lot of things on the show, there will be little tweaks and differences here and there. We saw that her introduction is slightly different from how it was in the comic, and her interaction with Andrea is really going to be a really cool addition to the character that I think will get television viewers up to speed, and they’ll get to know her a lot faster than comic book readers did.”

And she certainly looks good and you can check out the first look at Michonne in The Walking Dead. We’ll see her in Season 3, soon! 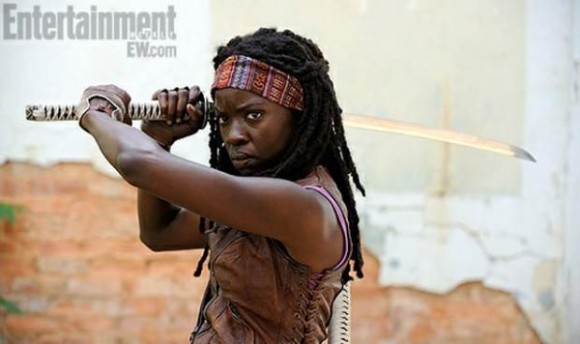 What do you think about Michonne?