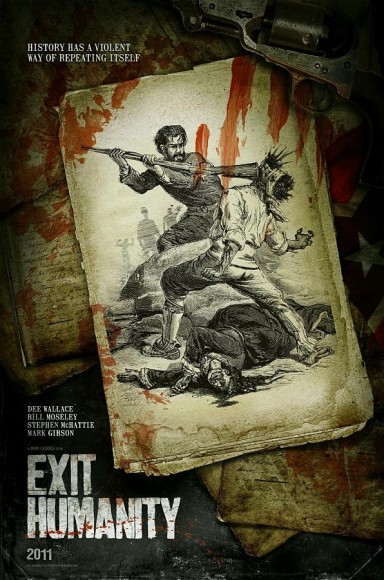 I’m not necessarily a fan of zombie movies set in the past simply because they lose credibility (even though for many zombies themselves come with a lack of credibility), but this trailer for the upcoming Exit Humanity seems pretty impressive.

Set in the times of the Civil War, Exit Humanity tells, according to the plot summary, the story of a “young man’s struggle to survive in the aftermath of a deadly undead outbreak”. So expect to see zombies, two sides amongst which one seems to be even worse than the zombies and overall a pretty exciting movie. I, personally, can’t expect to get my hands on it and check it out.